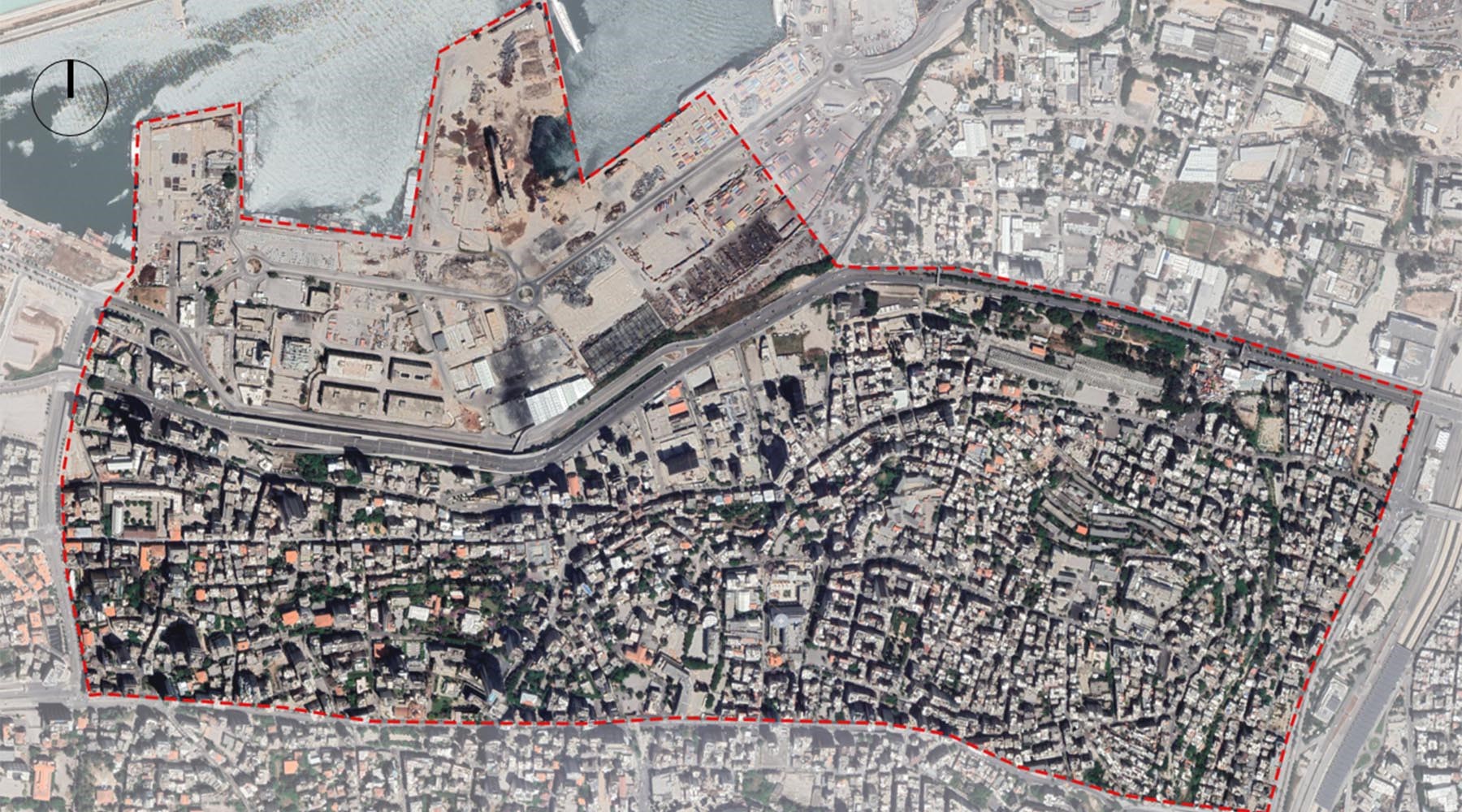 Map showing boundaries of the study area (Source: Beirut Urban Lab, 2021)
The project was addressed through a comprehensive and inclusive methodology that looked at the various pre-blast and post-blast aspects of the urban fabric, from its physical characteristics to its urban morphology, legal framework, social conditions and values, and economic profile.
The BUL team, led by Professor Howayda Al-Harithy has completed and submitted the UNESCO- commissioned study entitled 'Identifying Cultural Heritage Attributes in Beirut Blast Damaged Areas.' The aim of the project was to map the urban heritage attributes and identify the key attributes of modern heritage in the selected historic quarters of Beirut most impacted by the explosion of 2020. The study area assigned by UNESCO includes parts of the following sectors: Port, Saifi, Rmeil and Medawar. It is bordered by Nahr Beirut to the East, Karantina to the North, Georges Haddad Street to the West and Charles Malek street to the South. BUL engaged a multidisciplinary team of experts including Hana Alamuddin, Jala Makhzoumi, Robert Saliba, Serge Yazigi, and Habib Debs. The project was conducted in close coordination with the Directorate General of Antiquities.

The project was addressed through a comprehensive and inclusive methodology that looked at the various pre-blast and post-blast aspects of the urban fabric, from its physical characteristics to its urban morphology, legal framework, social conditions and values, and economic profile. The project adopted the Historic Urban Landscape approach, which looks at the site in its larger context through an analysis of the historical layers of the city. Thus, the study examined how the area affected by the blast grew in reference to its geography, topography, urbanization, and sociopolitical drivers of change as per the Fukuoka recommendations on Urban Heritage attributes.

The project was comprised of four stages. First, the team went through a desk review phase where existing research was studied. This research showed the rich complexity of the study area. With multiple neighborhoods, many landmarks, urban spaces, variety in land use, a dynamic social life, the surveyed areas were found to have been vibrant with life and creativity. The project then summarized the historical narrative following a temporal and spatial framing of the city, illustrating its dynamic nature and identity as well as the important role the study area played in its history. 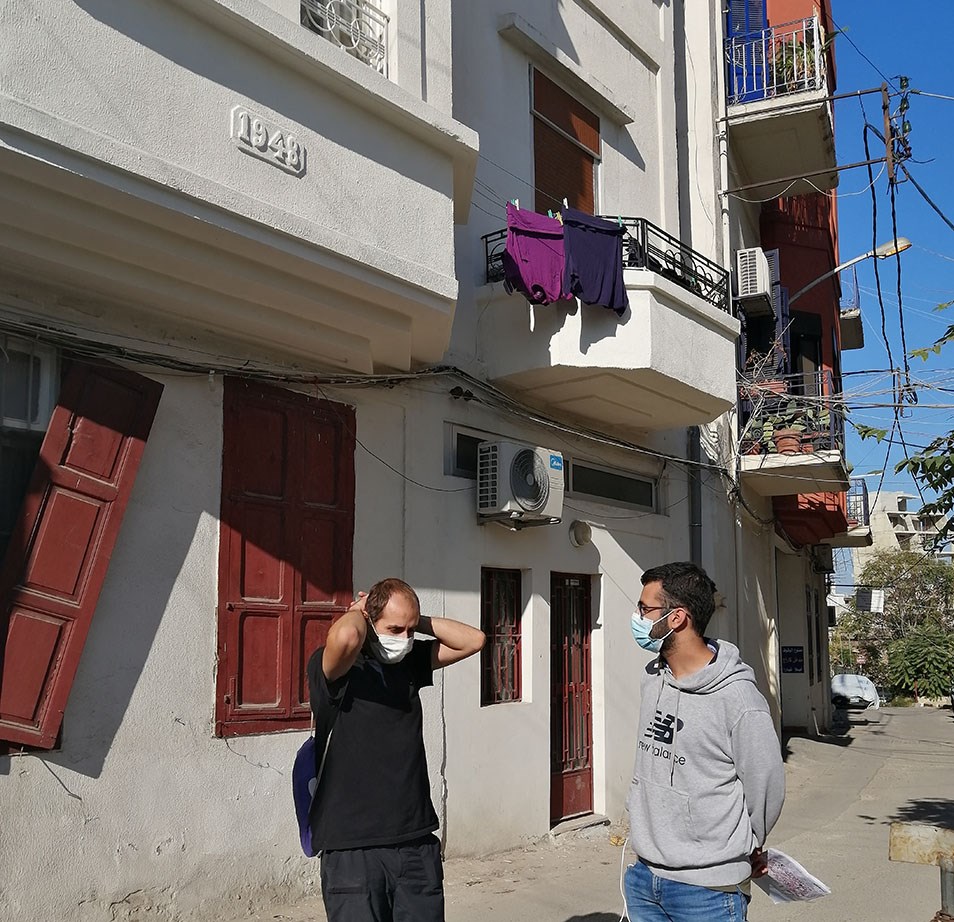 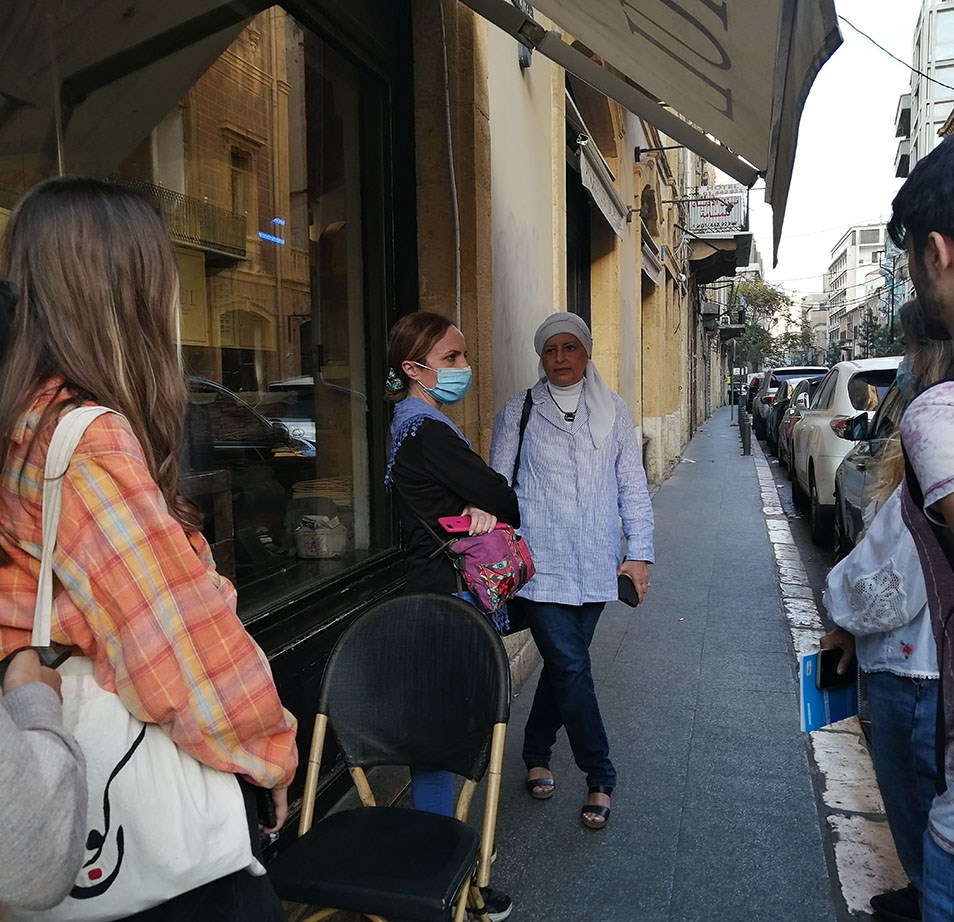 Team conducting an urban walk on-site (Source: Mariam Bazzi, November, 2021)
Following the desk review, the team elaborated a framework for modern heritage that guided the fieldwork and the recommendations. This framework is the result of multiple discussions between the BUL team, local and international experts, and key actors in the fields of Architecture, Urban planning, Landscape, and Heritage Conservation. At the end of this phase, surveys and questionnaires were designed based on the outcomes of the Workshop with experts entitled ‘Framework and Criteria for the Identification of Modern Heritage’, which took place on October 7, 2021.

In the third phase, the fieldwork used multiple methods to help construct a full picture and validate the findings of the desk review. It was divided into surveys, recorded observations, interviews with residents, and urban walks with citizen scientists in the different neighborhoods to uncover how the communities perceive and construct their heritage. Researchers and field surveyors conducted around 2,500 surveys on site targeting the built heritage and landscape heritage. The preliminary findings of the fieldwork were presented and discussed in detail during a workshop with local experts that took place on November 4, 2021, as well as during two information sessions on ‘The HUL Approach in the Context of Beirut-Blast Damaged Areas’ on November 11, 2021. 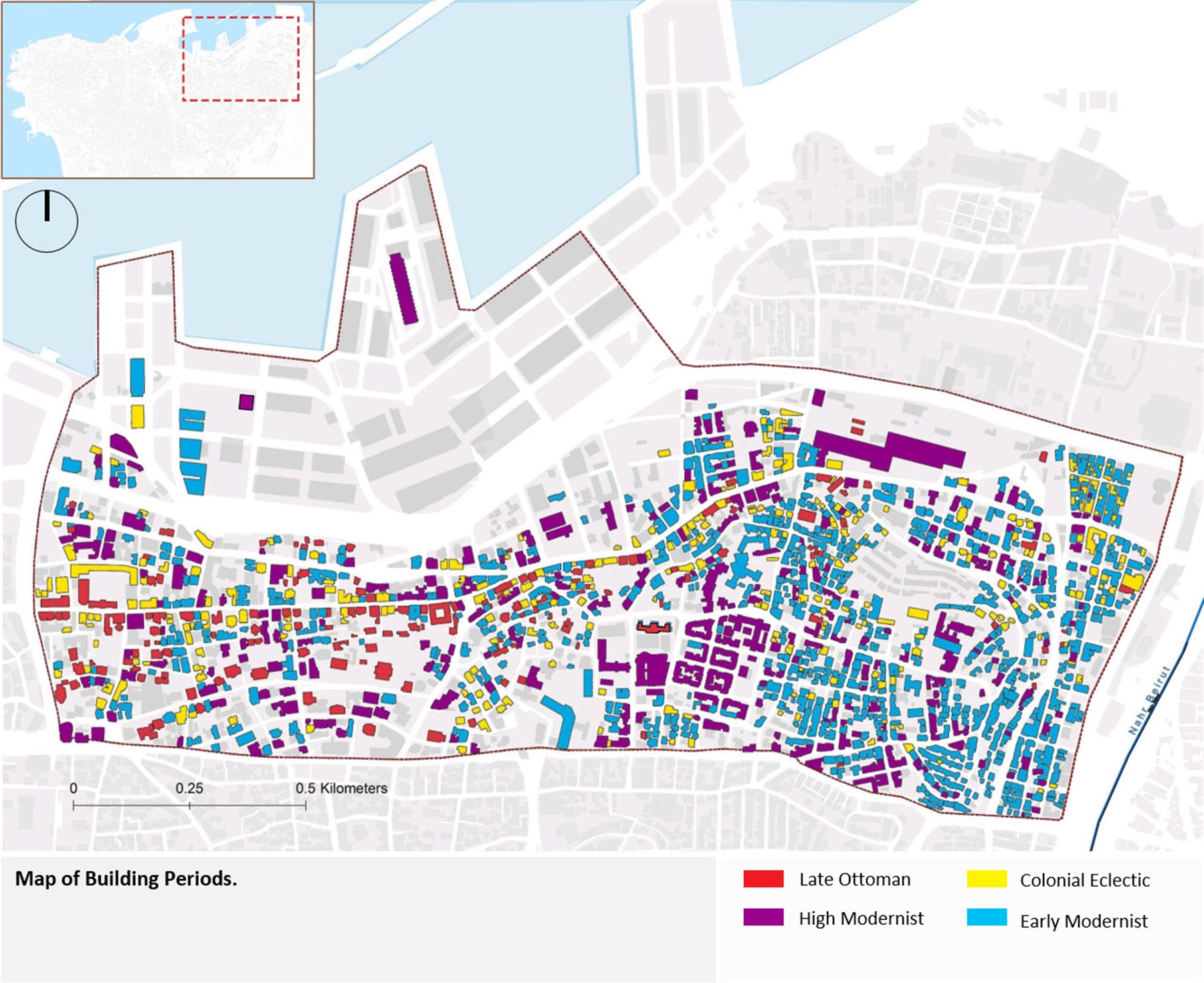 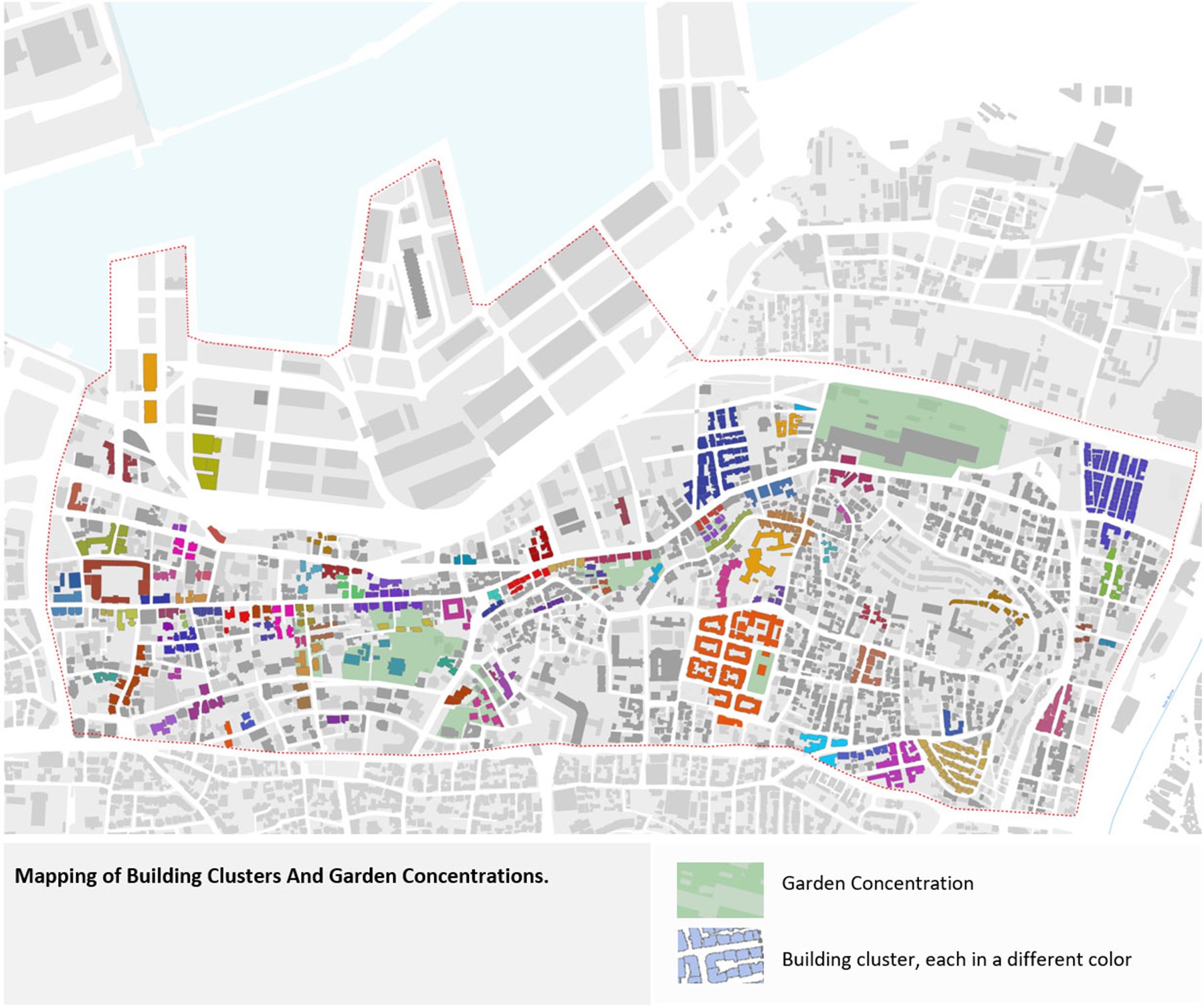 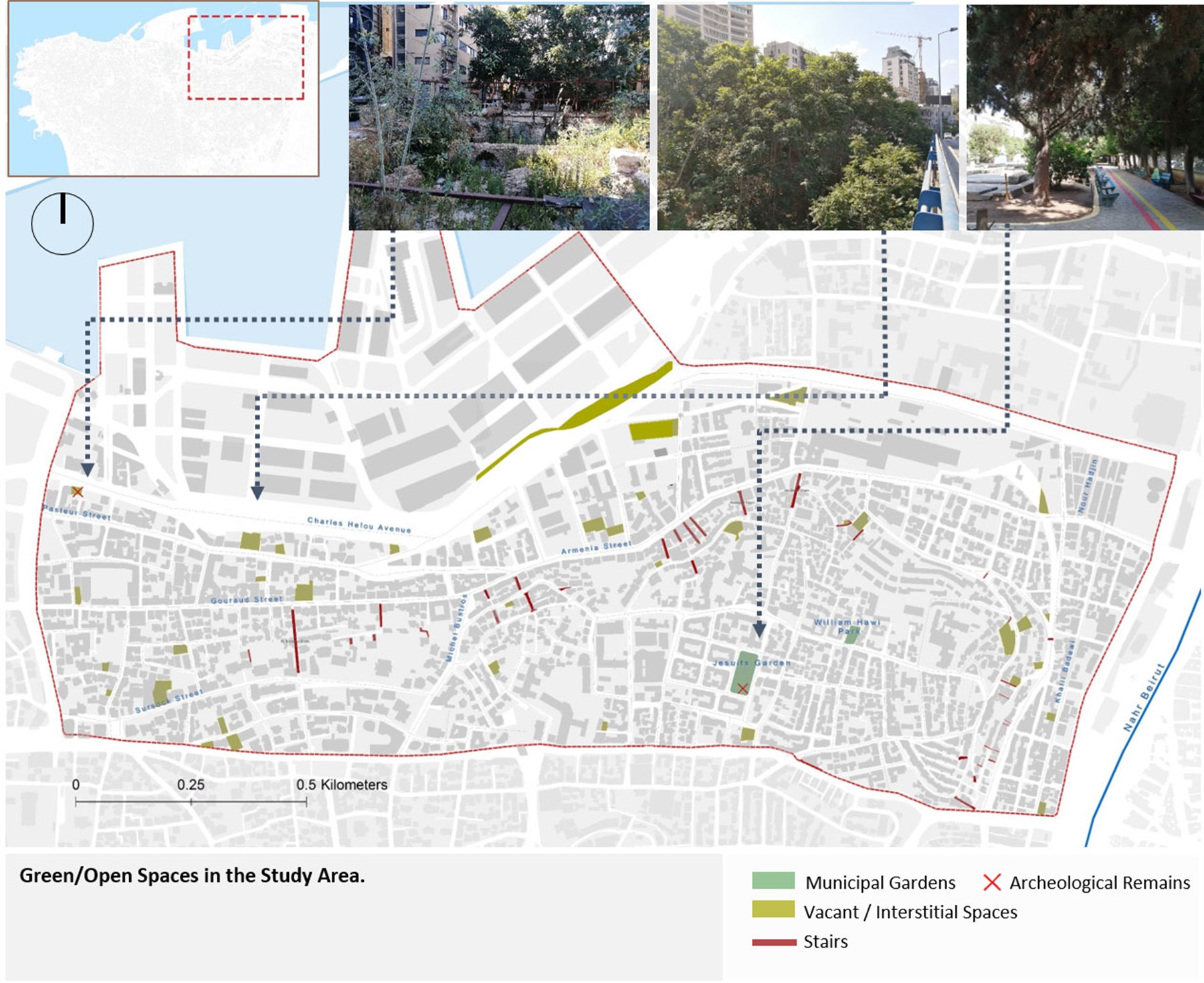 (Source: Beirut Urban Lab, 2021)
The last phase of the project consisted of a thorough analysis of the different layers and attributes composing the urban landscape of the study area that were recorded on site through the survey questionnaires, observations, and the urban walks. During this phase, the BUL team of experts and researchers verified and validated the BBHR mapping. The data collected on site was then translated into thematic maps of attributes and matrix for built and landscape heritage revealing multiple morphological readings at the level of the urban structures, the coherence of urban patterns as well as current design strategies and conservation practices.
Finally, putting all the layers together demonstrated the reading of the site in clusters and ensembles, which shows a truly historical urban landscape that must be protected. Therefore, the study concluded with a proposed designation of heritage and recommendations to implement the necessary planning tools, and to adopt an appropriate legal framework for the conservation and protection of this historical urban landscape. 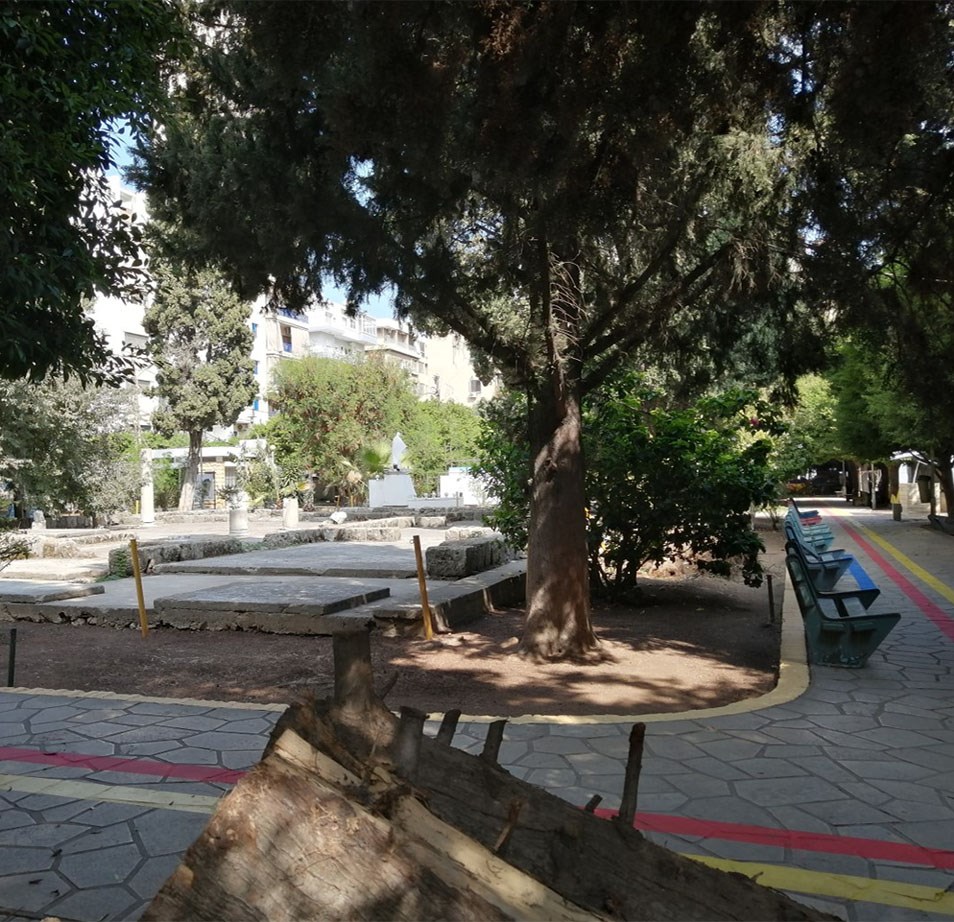 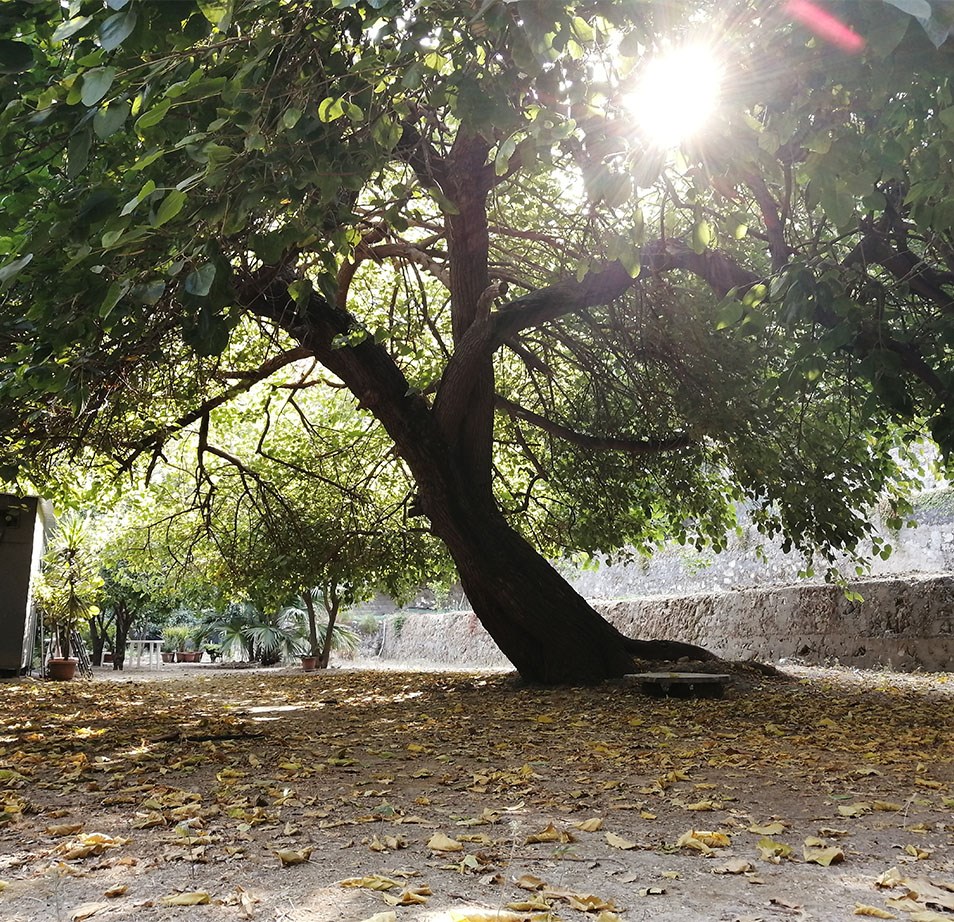 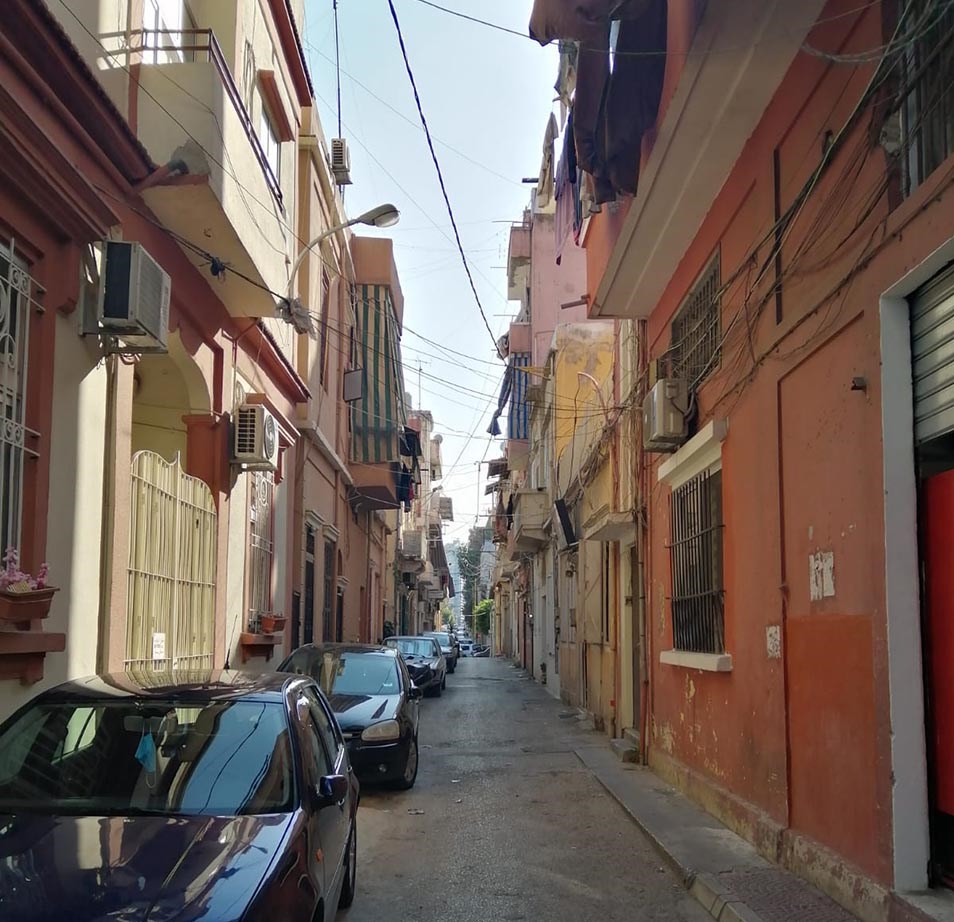 Nor Hadjin cluster located at the northeast of the study area (Source: Wiaam Haddad, November 2021) 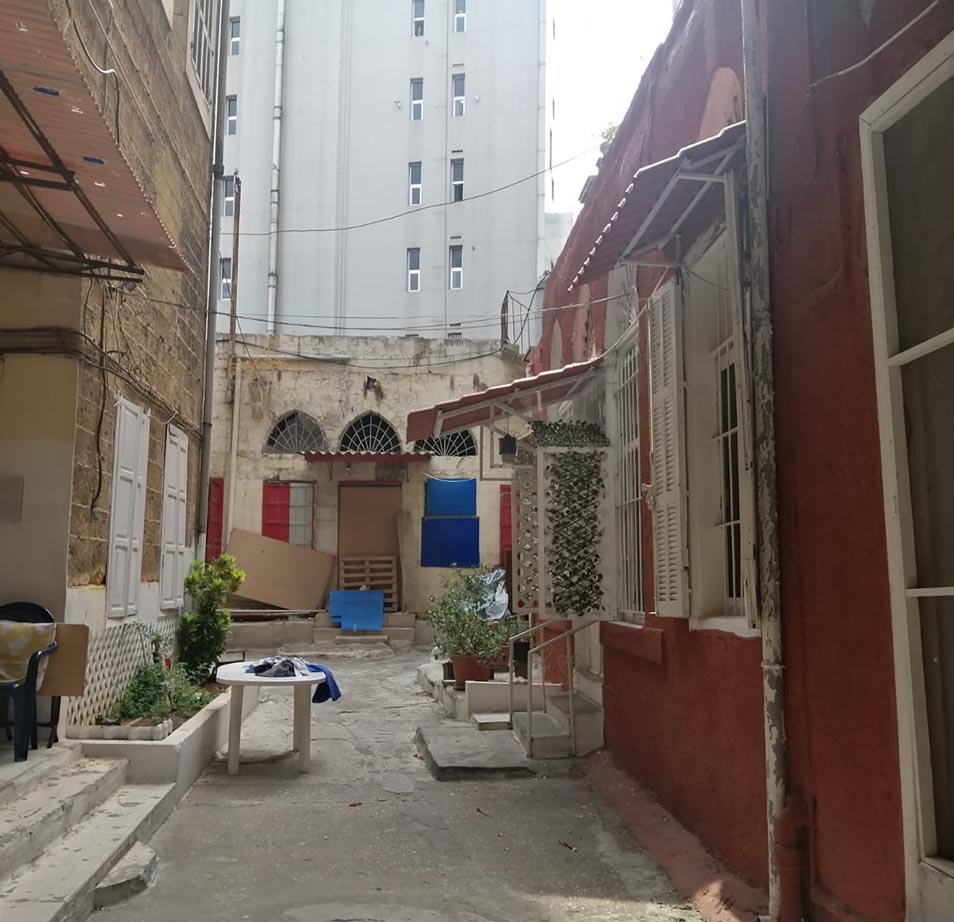 A heritage ensemble located at the westernmost side of Sursock street (Source: Wiaam Haddad, 2021)