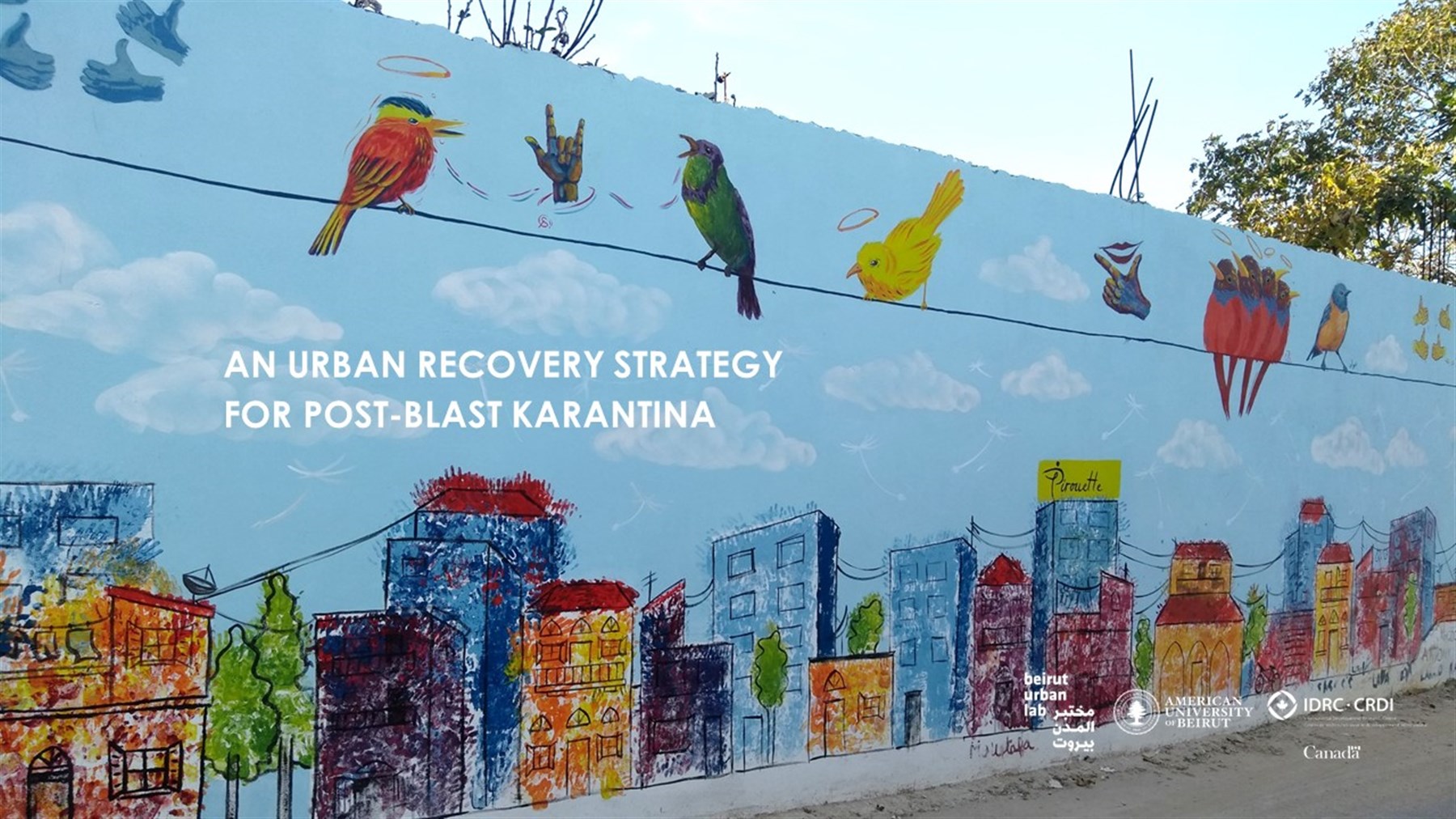 The Beirut Urban Lab conducted a two-year study entitled “An Urban Recovery Strategy for Post-Blast Karantina”, led by Howayda Al-Harithy and funded by the International Development Research Centre (IDRC). The study resulted in the four reports that are published therein.

In response to the blast, the BUL mobilized to advocate for and to propose a long-term, holistic, and participatory recovery framework, taking Karantina as one of the areas of study. Urban recovery is framed as a process that restores social and economic networks and recovers spaces of shared memories and social significance to reconstitute both the built and the socio-cultural fabrics of the neighborhoods.

Karantina, which is approximately 600 meters from the epicenter, was one of the areas that were severely impacted by the port blast. Karantina, which has a long history of welcoming low-income residents and hosting refugees, is also a site of multiple traumas. It is marked by displacement, spatial segregation, and socio-economic marginalization that were exacerbated by the blast.

Building on its previous experiences and research on urban recovery, the BUL adopted a holistic and inclusive approach to urban recovery in Karantina that is people-centered, socially just, and heritage-led. The research team applied the CDS model (City Development Strategy), also known as USDS (Urban Sustainable Development Strategy) and adapted it to the scale of the neighborhood and to the context of post-blast Lebanon. Furthermore, the research team combined the CDS with the Citizen Scientist (CS) model of training and engaging local researchers from the neighborhoods. The two models are complementary; they are participatory in nature and can create multi-faceted community engagement in a shared vision and strategic framework for recovery that is flexible, incremental, and sustainable. Accordingly, the study followed five steps:

• Build the Neighborhood Profile and Descriptive Memory to identify the key transversal issues.
• Conduct a Strategic Diagnosis of the transversal issues and craft a vision with the communities.
• Develop the Urban Recovery Strategy with strategic goals and a corresponding set of strategies.
• Articulate Action Plans that translate the strategies into interrelated incremental interventions to be implemented over time to collectively translate the vision.
• Design the Indicator System to monitor, assess, and update the framework, and to set up a custodianship model of the plan.

The reports include in-depth research and analysis of five identified transversal issues:

They also include a developed Urban Recovery Strategy for Post-Blast Karantina and 30 proposed action plans. The proposed action plans were diverse and ranged from soft to hard and short to long-term interventions. The BUL hopes to build a collaborative network that will join efforts toward the implementation of these action plans.

This short video presents a brief description of the project and elaborates on the methodology. Watch it here.